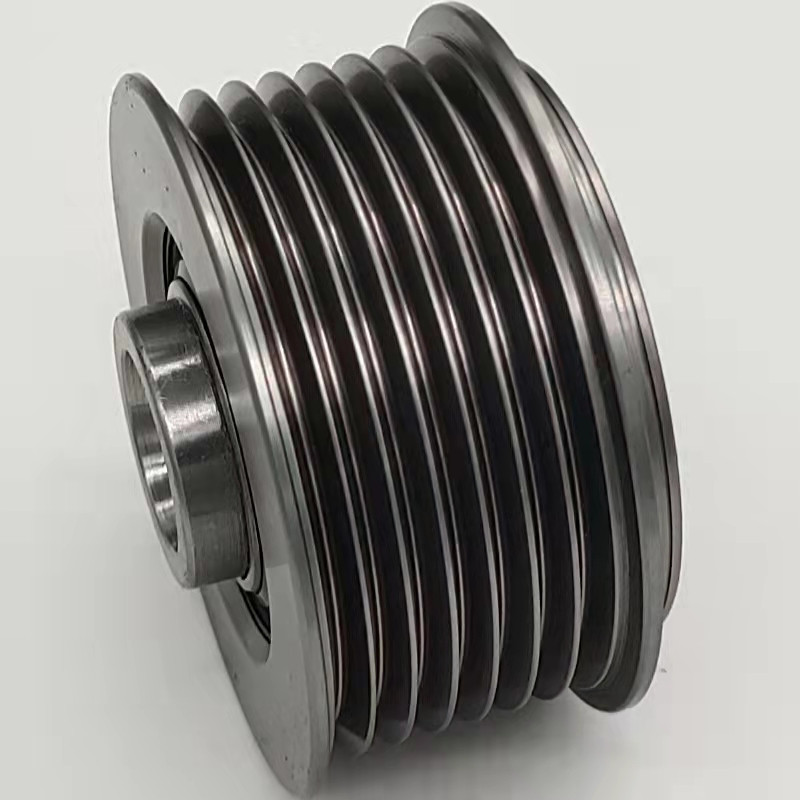 The working principle of the one-way pulley is similar to that of the one-way clutch gear on the starter, which has the function of one-way slip. The generator pulley can only rotate in the same direction to drive the rotor to rotate. On the contrary, the pulley will only idle!.

In order to prevent slipping in the belt drive system of the generator, the selection of one-way clutch pulley with appropriate function and good quality has a great impact on the power generation function of the generator and the service life of the belt, reducing vibration and reducing oil consumption. What torque force must be borne by the pulley when matching the generator and what is the slip force distance when exceeding? The basic factors to be considered are as follows: