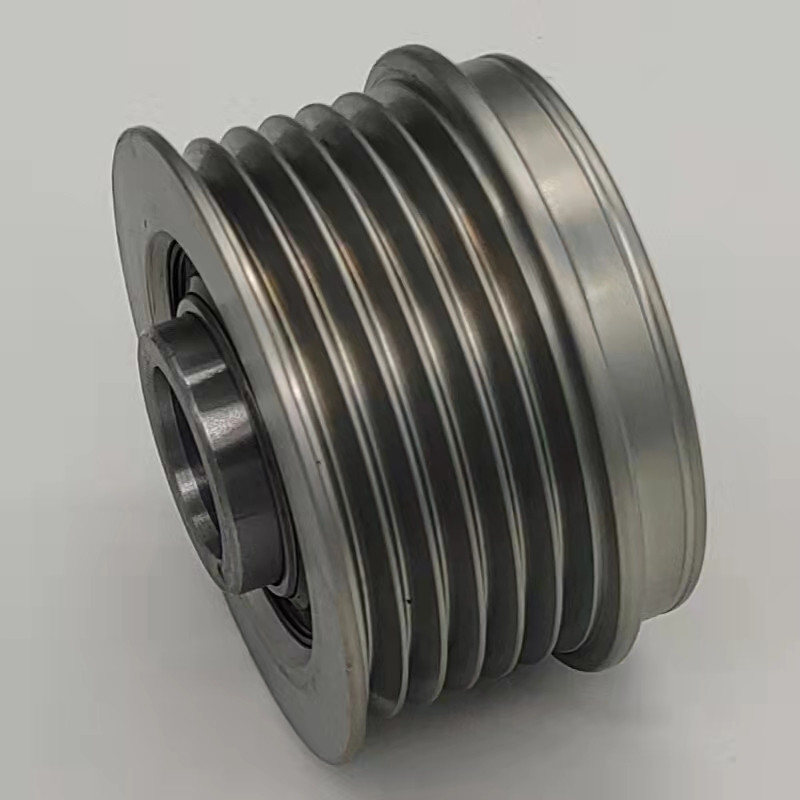 What are the benefits of generator one-way wheels?

Commonly known as the generator belt clutch, in fact, it refers to the belt pulley of one-way alternator.

The one-way belt pulley of the generator is composed of an outer ring matching the cross-sectional shape of the multi-wedge belt, a clutch unit composed of a stamped inner ring, an outer ring and a double needle roller bearing, a shaft sleeve and two sealing rings. In order to prevent the influence of water and other dirt, a protective cover is installed on its outer end face.